This wine is only available in boxes of 3 or 6.

2.800 hectares at 700 meters altitude located in Cariñena Designation of Origin. Hilly terrain at base of the Iberian Mountains. Soils composed of schist, chalk, loams and red clays.

Viñas Viejas is a tribute to the old tradition that still continues in the picturesque village of Paniza. Our old vines, of up to 100 years old, are planted in slate soils above 850m., which give richness and complexity. Intense aromas of red and black fruits with a toasted touch; vanilla, toffee and chocolate notes. PAIRING It is an ideal accompaniment to grilled meat, vegetables and appetizers. Best served at 16-19 ºC.

After crushing and de-stemming, the grape macerates for 15 days and fermentation takes place at controlled temperature in stainless steel tanks with several rackings per day. After malolactic fermentation the coupage is made and then the wine is decanted and taken to American and French oak barrels for 6 months ageing. Finally, the wine will be filtered before being bottled. 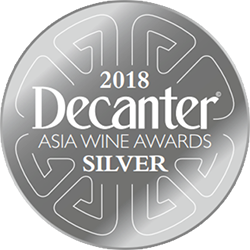 There are no reviews yet.

Find out more or adjust your settings.

This website uses cookies so that we can provide you with the best user experience possible. Cookie information is stored in your browser and performs functions such as recognising you when you return to our website and helping our team to understand which sections of the website you find most interesting and useful.

Strictly Necessary Cookie should be enabled at all times so that we can save your preferences for cookie settings.

If you disable this cookie, we will not be able to save your preferences. This means that every time you visit this website you will need to enable or disable cookies again.

This website uses Google Analytics to collect anonymous information such as the number of visitors to the site, and the most popular pages.

Please enable Strictly Necessary Cookies first so that we can save your preferences!

Please enable Strictly Necessary Cookies first so that we can save your preferences!